This is a guest post by Alexander Heyne of Modern Health Monk. 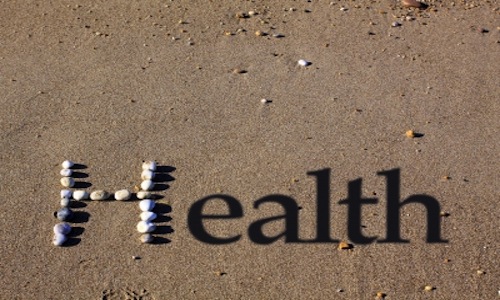 There are places on earth where, if you don’t make it to 100, it’s almost unusual.

These places have been studied by scientists for decades and have been given a name: blue zones.

As it turns out, blue zones exist only in a few places on earth:

But there’s one reason why these people have been studied so much by scientists.

Beyond just living to 100 in much higher rates than virtually anywhere else in the world, these people suffer from a fraction of the health issues that most westerners suffer from in their 30s, 40s, 50s and later.

Dementia, heart issues and depression are almost non-existent among these people. What this means it that these people live a fantastic quality of life their entire (long) lives – not just at the end.

That is why this research is so tremendously valuable to most of us.

What’s Wrong In the West?


In the United States, 50% of the people that die every year die from Heart Disease and Cancer – both of which are somewhat preventable.

We know that there are cultures on earth without heart disease.

And we know that there are cultures on earth without cancer or incredibly low rates of cancer.

And we know that both have a very strong diet and lifestyle component. Yet we haven’t quite figured out why so many people are dying.

What’s amazing is that in these blue zone communities (in particular, Ikaria, Greece) cancer rates are a fraction of what they are in the west, heart disease rates are almost HALF of what they are, and dementia doesn’t even exist.

What that means is that not only do these people rarely get many of the diseases you and I would get (and thus live a more enjoyable, pain-free life), they enjoy optimal health throughout their entire lives – almost until the day they die.

By living a certain lifestyle, not only do you improve your health NOW, this ensures you avoid the major killers later in your life.

So rather than just saying “okay, but what if I don’t want to live to 100?” these suggestions will help you live an optimally healthy and happy life now.

So What Are These Similarities?

Researchers ended up drawing conclusions between three of these particular groups: the Sardinians, the Okinawans, and the Loma Linda, California group.

What’s interesting is that their “secrets” are not all tangible things.

I’m going to introduce you to the five similarities among the groups, which aren’t exactly secrets, and then after I’ll show you the individual secrets each of these cultures had. To me, the secrets are what come after these five.

Here’s what they are:

Family is stressed as the most important thing in the lives of these people. It’s a priority to regularly see them, visit them, and interact with people part of their own tribe.  Virtually everything in these cultures revolves around social interaction.

The major part of each meal was plants.

Note: this does NOT mean they didn’t eat meat or carbohydrates. It means that (like I’ve recommended in this six pack article), the foundation of each meal is plants, followed by a smaller portion of meat or refined carbohydrates.

In reality, the people that regularly live to be the oldest aren’t going through extreme workouts – they’re just getting regular physical activity like gardening, hiking, or other labor required for farming. And they’re getting this activity every day.

Regular low or moderate level exercise every day is their exercise.

We see “social ties/family” as 2/5 key characteristics of people who live to 100.

Family and social ties make up an entire 30% of this “secret.” Pretty interesting, right?

But what I wanted was specifics. Having a social life is great, but what was it about the specific characteristics of each culture that was enabling them to live to an old age?

The Specific “Secrets” of Each Culture


I want to quickly go into a bit of detail on each culture just so you can see how intangible some aspects of optimal health are.  Check out some of the qualities that researchers noted about each culture, that weren’t necessarily as concrete as “diet and exercise.”

The Ikarians in Greece have 10x the amount of people that reach 100, compared to the United States.

Here are some of the really interesting things, tangible or otherwise, about them:

Ikarians also have a more relaxed outlook on life and laugh whenever possible. (More on the studies behind the Ikarians here.)

The Okinawans in Japan have a fascinating concept they partly attribute to their long lives, called ikigai – which is a reason for waking up in the morning. It’s almost like a purpose you give to life (or to the day). (Source)

Some Okinawans in their 90s still even have an active sex life. Talk about impressive!

The Costa Ricans have a very similar rule as the Okinawans – they have something called a plan de vida – a reason to live (source).

The Million Dollar Question: Is Longevity “All About” Diet and Exercise?


Honestly, we may never be able to synthesize and write a scientific article on “why” these people live long. We know diet, lifestyle, etc. are critical factors but there are probably many other intangible factors associated with their lifestyle of longevity and great health.

I want to draw your attention to a few interesting things: the intangible aspects of these people’s lives.

Their social circles. The importance of family.

Having a “reason for living.”  Working very hard and being active (not in the gym!), but also having a relaxed mental attitude towards life so they aren’t getting overly stressed.

What’s incredibly interesting about these blue zones is that we typically associate longevity and health with fitness and food. In reality, there is an entire mental, social, spiritual and psychological realm that is equally as important.

All these factors play much more into health and longevity than you might think. Eating right and exercise are fantastic tools and critical for health, but so is inner cultivation and the cultivation of friendships.

About the Author: Alexander Heyne writes at Modern Health Monk, a site that shows people how to reverse health problems caused by 21st century life.

5 Reasons To Quit Drinking Soda (And How To Do It)
Next Article
Don't worry I hate spam to and would do that to you.