Do You Treat Dating as a Game?

Do You Treat Dating as a Game? 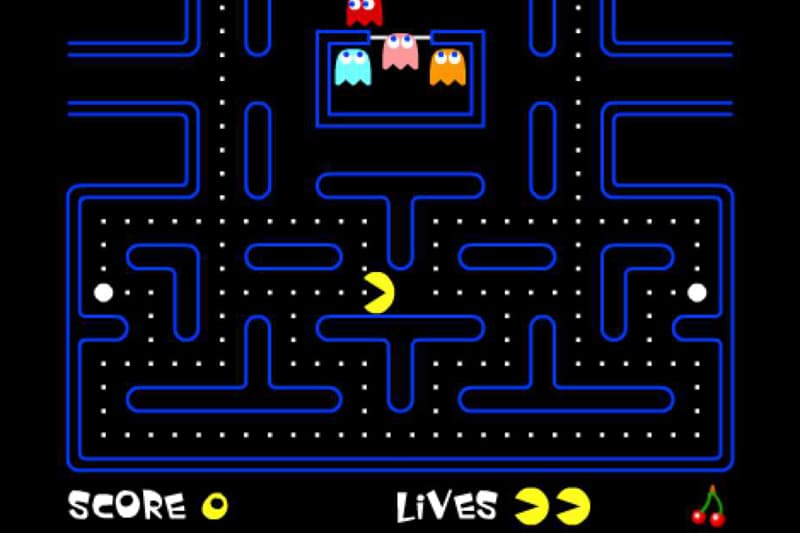 “Dating is a game.” This is a reference I’ve seen many seduction trainers, dating coaches, and friends use.

While I have never thought much about this reference in the past, immersing into the dating world in the past few weeks has made me consider it in much depth.

I can totally understand the constant references of dating as a game in the seduction and dating world. When dating…

However, at the same time, dating isn’t a game. For…

When Approaching Dating as a Game Backfires: A Real-Life Story

Here’s a real-life dating story of my good friend, Jane* (not real name). This story shares Jane’s dating experience with a guy, John* (not real name as well), how she approached it as a game thinking that it would help her win him over, and how it blew up in her face at the end of it.

After a few months of meeting incompatible matches on Match.com and feeling exasperated with dating in general, Jane received a message from John one day on Match. At this point, Jane was open to giving any good quality prospect a shot, for she was tired of dates that went nowhere. From his profile, John seemed like a cool guy, so Jane thought, “Hey, why not just meet him and see how this goes?” (FYI, John was 39 then.)

So they met for their first date. Within minutes of seeing each other, the chemistry was instant. At the end of the date, Jane was eager to see John again. They then met for a second date, which led on to a third date, fourth date, fifth date, and more.

Jane liked John a lot. She felt that John could very well be the one for her. Not wanting to “mess” this one shot with him, Jane sought the advice of her good friend, A, an active dater, on how she should approach this budding “relationship” (they were still not an official couple) and to maximize the chances of it working out.

Oh, okay, Jane thought. She heeded A’s advice and did just that. She played it cool, withheld her true self, and never showed much of her real thoughts and emotions. If John ever asked Jane deep, personal questions to know her better, Jane would dance around the situation and respond with something else instead.

Two months passed. Jane and John were still dating each other, just non-exclusively. On the surface, it seemed that A’s advice was working. John and Jane were meeting on a regular basis — sometimes once a week, sometimes several times a week.

One fine week, Jane had an upcoming date with John. She was looking forward to seeing him again. On the night before the date itself, Jane received a call from John. Excited to see him calling, she answered it.

For she is anything BUT shallow, superficial, or looking for something that isn’t serious or deep.

In a last ditch effort to salvage the situation, Jane, without even thinking, started pouring her heart out to John over the phone. In between sobs and tears, she explained the reasoning behind her evasive behavior in the past two months. She related the advice her friend, A, had given her, and the rationale behind it. She explained that she had been intentionally holding her true self back because she liked him a lot and she thought that was the right thing to do.

Throughout her explanation, Jane was crying (to quote her) “hysterically,” in a way she had never cried before in front of someone else, much less someone whom she had barely known for two months. To her, this was her one chance to get things right. John could well be the guy for her! Forget embarrassment — that was the last thing on her mind. All she was thinking was how to salvage the situation — if it could even be salvaged to begin with.

John was quiet throughout the entire outburst as he listened to what Jane had to say. At the end of it, John said, “Hey Jane, you know what? Forget what I said just now. Let’s keep the dinner plans tomorrow and meet as we had agreed. I’m sorry that I made you so upset. I look forward to seeing you tomorrow. 🙂 “

The next day, Jane and John met.

On that same day, they officially became a couple and agreed to be exclusive to each other.

Today, they are married, just had their first baby, and are more in love than they have ever been. Both John and Jane are among my circle of close friends today and I’m so proud to know them.

(If you must know, Jane’s friend, A, who gave Jane those “tactics,” remains single as of today.)

…and so on. For guys, you would have your own set of tactics in approaching and handling girls which would each have its rationale as well.

Why Tactics that Look Upon Dating as a “Game” are Pointless

However, I personally feel that these tactics are fundamentally flawed, for two reasons.

Firstly, seduction tactics (not all, but many) tend to be fear-based in nature.

Why is that? Because they focus on lower-level actions to draw attention and elicit interest rather than a heart-level connection. They also often involve manipulation and ingenuity to a certain extent (e.g. intentionally hiding emotions to make the other party like you more and saying things you think the other party wants to hear vs. what you really feel).

People who utilize seduction tactics often do so because they like to be in control; much of what seduction is about is about control and maintaining the upper hand over the other person (the person you are trying to seduce). These are already fear-based feelings in themselves.

Long-term PE readers should know where I stand on fear-based approaches by now. When you use fear-based tactics, you are only going to attract fear-based people at the end of the day.

Secondly, in employing these fear-based tactics, you self-sabotage yourself. Because not only would you attract the fear-based people, you keep out genuine daters — the ones you are truly looking for.

The One Reason Why People See Dating as a “Game”

If you ask me, the whole “dating is a game” notion is really created to maximize people’s interest in you, to maximize your chances in dating, and at the end of it all — to keep yourself safe. To keep yourself from being vulnerable, from ever being hurt, from even having to put yourself out there to begin with.

And that’s fair. At the end of the day, no one wants to be hurt. Everyone really just wants to be safe from harm.

And you know what? I say forget this tango you are trying to do with love, and put yourself out there to really love and be loved.

Because until you allow yourself to be vulnerable, open, and susceptible, you are never going to attract the kind of love you want — true, authentic love. Love that is real, unpretentious, unconditional, and nonjudgmental.

Forget fear of hurt, fear of humiliation, fear of being vulnerable, fear of being put down, or any other fear you may have. As long as you carry such fears with you, you will not attract the kind of (romantic) relationship that you really want.

How You Should Approach Dating Instead: 3 Tips

So what should you do, if not to treat dating as a game?

My point of this article isn’t to dispute that dating is like a game or dating can be seen as a game, but to emphasize that dating is not a game at the end of the day. Use analogies to your advantage, but don’t forget that at the end of the day, you are dealing with real people, real emotions, and that the whole point of your dating journey is really to seek out and be with someone that you love.

Remember that in love, it is about being authentic.

Like I shared in Do You Treat Dating as a Game?, I rather put myself out there, let my heart get sliced, diced, and handed to me on a platter, than to be evasive out of fear of getting hurt. It’s not like the latter approach has helped me at all.

Ultimately, seduction tactics and the approach of seeing dating as a game (rather than what it really should be, a journey of love and discovery) are not going to bring me closer to my desired end vision of being with someone — being connected to my heart’s truest intentions and following what my heart says will. I’m ready for heartbreaks, unrequited interests, and possibly a fruitless journey at the end — but at least I know I have put my best self out there and I will not have any regret at the end of the day.

I hope you found this piece useful. Chew on what I have shared here and consider the three tips with depth.

How To Be Charming in Under 500 Words
Next Article
Don't worry I hate spam to and would do that to you.